I am studying, The Curious Case of the Misplaced Modifier: How to Solve the Mysteries of Weak Writing, by Bonnie Trenga.  This are my notes from her “Top Ten Writing Misdemeanors.”

it’s vs. its
The only time it’s should be used is if you can substitute the words “it has” or “it is” in the sentence.

who’s vs. whose
who’s means “who is” or “who has”
whose is possessive:  Whose book?  Whose car?

Generic Phrases:
is able to
there is
it is
this is 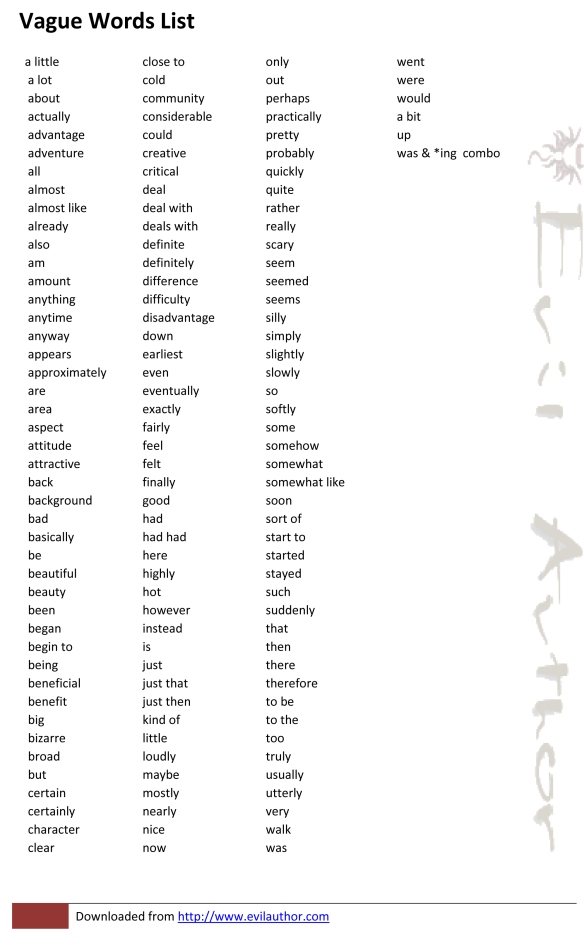